If a user sends a message across a local network to another user running the same message system, the process is relatively simple. But if you want to send a message to a user running a different messaging program, some translation may be necessary.
Because of the complexity involved in having many different systems send and receive messages in many different formats, Email protocols have become necessary. Any number of vendors may attempt to develop and market their idea of a superior messaging system, using proprietary systems, for sending, receiving, and storing messages. 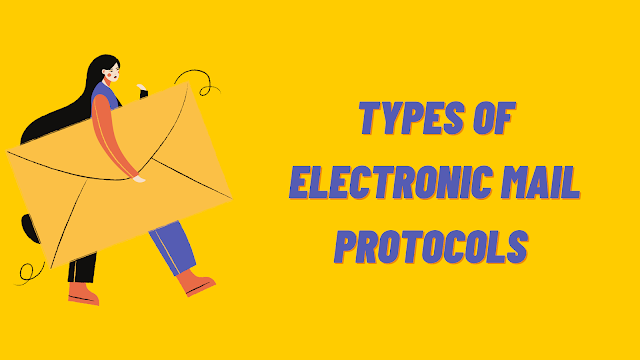 It would be impossible for all vendors to provide support for all other vendor's messaging specifications. Instead, vendors have tried to support a limited set of standard specifications, translating messages between their own message system and the accepted standards.
There are a few message formats that have evolved into de facto standards and most messaging products include support for them.

The messaging standard with the greatest international impact is called X.400. It attempts to lay down standards for all electronic messaging systems in the world. Large-scale messaging services (such as CompuServe and America Online) use the X.400 specification.
If you send a message to an electronic address over one of these services, the service converts the message to comply with the X.400 specification, and then sends it on to its destination, where it is converted again, into the message format the receiving program uses to make the message understandable to the receiving party.
As experience was gained, more elaborate systems were proposed. In 1988, CCITT modified X.400. However, after a decade of competition, email systems based on RFC 822 are widely used, whereas those based on X.400 have become obsolete. The reason for RFC 822's success is not that it is so good, but that X.400 is so poorly designed and so complex that nobody could implement it well.

SMTP stands for Simple Mail Transfer Protocol. it is a TCP/IP protocol that specifies how computers exchange electronic mail. It works with post office protocol (POP).
SMTP is used to upload mail directly from the client to an intermediate host, but only computers constantly connected such as Internet Service Providers (ISP) to the Internet can use SMTP to receive mail. The ISP servers then offload the mail to the users to whom they provide the Internet service.
Windows NT Option Pack 4 includes an SMTP mail client so does the Windows NT Resource Kit. Microsoft Exchange Server will route your LAN mail on and off the Internet.

SMTP is a simple ASCII protocol. After establishing the TCP connection, the sending machine, operating as the client waits for the receiving machine, operating as the server, to talk first. The server starts by sending a line of text giving its identity and telling whether or not it is prepared to receive ail. If it is not, the client releases the connection and tries again later.
If the server is willing to accept email, the client announces whom the email is coming from and whom it is going to. If such a recipient exists at the destination, the server gives the client the go-ahead to send the message. Then the client sends the message and the server acknowledges it.
The problems that may arise with SMTP protocol are as follows:
To get around these problems extended SMTP (ESMTP) has been defined in RFC 1425.

It is derived from Unix-to-Unix copy. It is a standard Unix utility that manages the transmission of information between Unix systems, using serial connections and regular telephone lines. The communications package was developed at Bell Laboratory by Mile Lesk in the mid-1970s for serial communications between in-house Uni systems. It was revised in 1987 and again revised in the early 1980s.
UUCP is usually set up by a system administrator. The configuration of UUCP consists of:
UUCP networks are found throughout the world and continue to perform important functions, connecting users who cannot access the internet directly. Because UUCP is available on all sorts of systems, many other applications have been made compatible with it.
Because UUCP was designed for in-house use, it has some features that are less than secure in these days of crackers, viruses, and worms.

It is a simple protocol used for opening remote email boxes. This protocol is defined in RFC 1225. Post Office Protocol version 3 (POP3) provides mechanisms for storing messages sent to each user and received by SMTP in a receptacle called a mailbox. A POP3 server stores messages for each user until the user connects to download and read them using a POP3 client such as Microsoft Outlook 98, Microsoft Outlook Express, or Microsoft Mail and News.
To retrieve a message from a POP3 server, a POP3 client establishes a Transmission Control Protocol (TCP) session using TCP port 110, identifies itself to the server, and then issues a series of POP3 commands:
After a POP3 client reads a message in its mailbox on a POP3 server, the message is deleted. Primarily because of this, POP3 is being supplanted by Internet Mail Access Protocol version 3 (IMAP4), which offers better support for mobile users. POP3 is supported by Microsoft Exchange Server.

IMAP stands for Interactive Mail Access Protocol and it is defined in RFC 1064. This protocol is designed to help the user who needs to use different types of computers say a laptop computer while on the move and a workstation while in the office or at home. This protocol is basically meant for the email server that can be accessed from any machine.
In this protocol, the user machine needs to access the server. IMAP also has the ability to process the arrived mail from the remote mail server to fetch only the specified mail. For example, the user can request the mail sent by a particular sender such as XYZ on a specific date.

MIME stands for (Multipurpose Internet Mail Extensions). It is widely used internet standard or encoding binary files to send them as email attachments over the internet. MIME allows an Email message to contain a non-ASCII file such as a video image or a sound and it provides a mechanism to transfer nontext characters to text characters.
Traditional email sent over the Internet using Simple Mail Transfer Protocol (SMTP) as specified by Request for Comments (RFC) 822 defines messages as consisting of a header and a body part, both of which are encoded using 7 bit ASCII text encoding.
The header of an SMTP message consists of a series of field/value pairs that are structured so that the message can be delivered to its intended recipient. The body is unstructured text and contains the actual message.
Multipurpose Internet Mail Extensions (MIME) defines five additional extensions to SMTP message headers, supports multipart messages with more than two parts, and allows the encoding of 8-bit binary data such as image files so that they can be sent using SMTP.
The encoding method for translating binary information used by MIME, Base64 Encoding, essentially provides a mechanism for translating nontext information into text characters. the MIME extensions are implemented as a field within the email message header. These fields define the following:
1 Comment
cs subjects , internet
Tuesday, April 13, 2021