C Programming is a Structured programming language. it allows writing programs in small modules. and because C follows a structure it is easy to debugging, testing and maintenance. 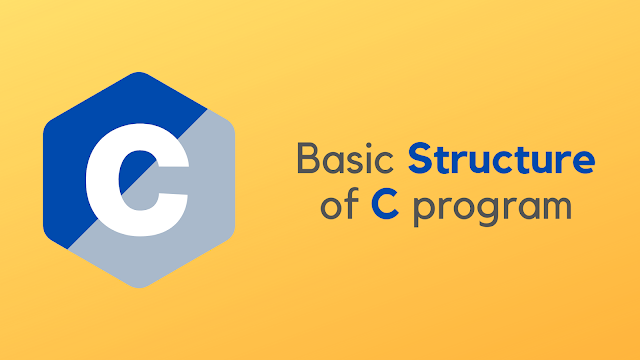 Structure of a C Program

Every C program has some header files that are used for function definition that is used in the program. in c programming, each header file is by default extended with .h extension. header files are files that have defined some functions in them that we can use in our program. and in the header file section, we include the necessary header files.

In the global declaration section, we can define some variables that are used by more than one function. and it is a must that all the variables should declare outside of all the functions. and these variables are known as global variables.

The execution part contains the statements that need to execute. it contains a set of statements or a single statement. and all these statements are enclosed between the braces of the main function.

In the user-defined section, the user defines some functions for doing some tasks. and generally, this section would be defined after the main() function.

Steps For Executing The Program

Generally in C programming, the execution of a program is done in three steps.

Compilation of a program

Execution of the program

After the successful creation of the .obj file and generation of machine code. the whole machine code is loaded into the computer's main memory and the program is executed.
3 Comments
c programming
Saturday, May 29, 2021